Doing More Than One Thing at Once 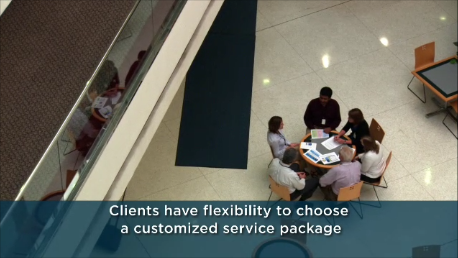 It’s a typical challenge: the client has a limited budget, wants to create a world-class video. Oh, yes, it should be a video that helps recruit new employees but also explains the company’s capabilities to prospect. Or, perhaps, it has to play in a series of trade show booths, but it should also be suitable to use on the company’s website.

In this case, the dual objectives were to recognize recipients of the company’s most prestigious award, but also use the story to demonstrate the firm’s capabilities and expertise for marketing. Fortunately, this wasn’t too great a stretch because — most importantly — the story of the team’s accomplishments IS an excellent real-world client success story. The trick for serving two masters was relatively simple: tell the client success story succinctly, and then, in a kind of coda, place the “recognition” portion of the video at the end in way that it can be omitted for marketing, promotion and business development.

Every video producer’s first inclination is to advise a client not to try to do two things at once. But, with some thought, there’s usually a creative and satisfactory means to arrange the compromise.

Zennetics™ CEO, Brad Nixon was the executive producer of this video series for many years. He directed the shoot and conducted the interviews for the attached example — one of six this year — though overall video production credit goes to longtime partner, Loma Media.